Science of building precise and high-quality maps and 3D models.

Photogrammetry is a Science that transforms Photographs into Measurements.

Ignotornis Tracksite is an example of close-range photogrammetry. This project was done near Golden, Colorado. To explore this 3D model, click on the “Play” and use SHIFT + Left Mouse Button for navigation.

What is photogrammetry? It’s a science that transforms photographs into measurements that are used to create maps or 3D models. Those models and data are used to share, document, and study the fossils.

3D models are scientifically accurate and precise measurements could be shared with researchers around the world and then used for fossil cast printing.

For close-range protogrammetry (CRP), photographs are taken with a good professional camera installed on a tripod or monopod. Fossils, palaeontological sites are documented with CRP.

Aerial photogrammetry is used for cartography, surveying, or any types of applications when a large area of land should be photographed. Usually cameras are installed on drones, helicopters, planes, etc. 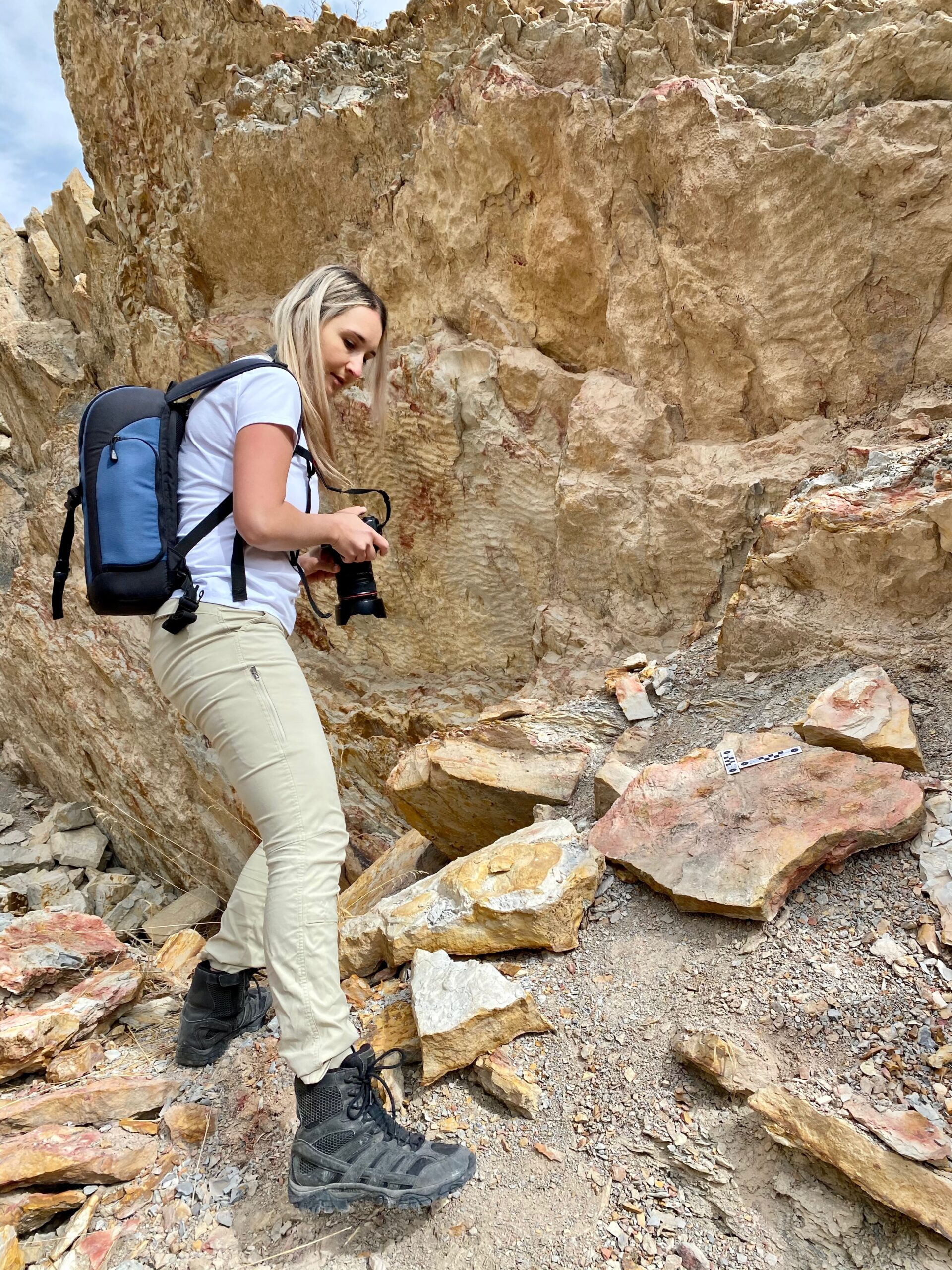 Photogrammetry can be used as a tool for conservation and documenting mathematically accurate models of scientifically important and historical palaeontological sites and quarries, and fossils that are exposed to elements and thus can be destroyed over time.

This is especially important for trace fossils, also known as ichnofossils. Most tracks are formed under very strict conditions and thus are rare and uncommon in the fossil record. Tracks and footprints, burrows, nests, and coprolites reveal clues about social behaviors, how and where animals lived, posture, and how animals moved.

Sometimes tracks provide the only evidence that certain groups of animals lived in an area.

Tracks also help us to better understand and reconstruct animal communities and paleoenvironments.

Track sites and an individual track in situ (situated in the original place) can not always be easily excavated and transported to the museum or protected from weathering and erosion in the field. Documenting and conservation are critical for future studies.

Do you know that once exposed, a fossil could be discovered within a very limited time otherwise it can be weathered away until nothing is left behind.

You might say that 10 years is a geological blink of an eye, and if, for example, the Cretaceous crocodylian track site was there for around 100 million years before humans, nothing could happen to it. And it would be true if the tracksite hadn’t been exposed. However, on the surface sun, rain, and snow affect the rocks and slowly eroding the bedding and the fossils layer after layer.

Here is Crocodylian site located near Golden, Colorado. 10 years ago this tracksite was studied by Houck, Lockley, Caldwell, and Clark and identified as one of the most complete and well-preserved Cretaceous crocodylian tracksites.

Working on photogrammetry and building a model of the wall, I discovered a dramatical difference in footprints’ preservation between 2010 and 2021 conditions. Unfortunately, most of the tracks are noticeably weathered. This discovery showed how fast fossils of scientific and historical interest could be destroyed by elements and how important is to protect and document this locality and many others for future generations. 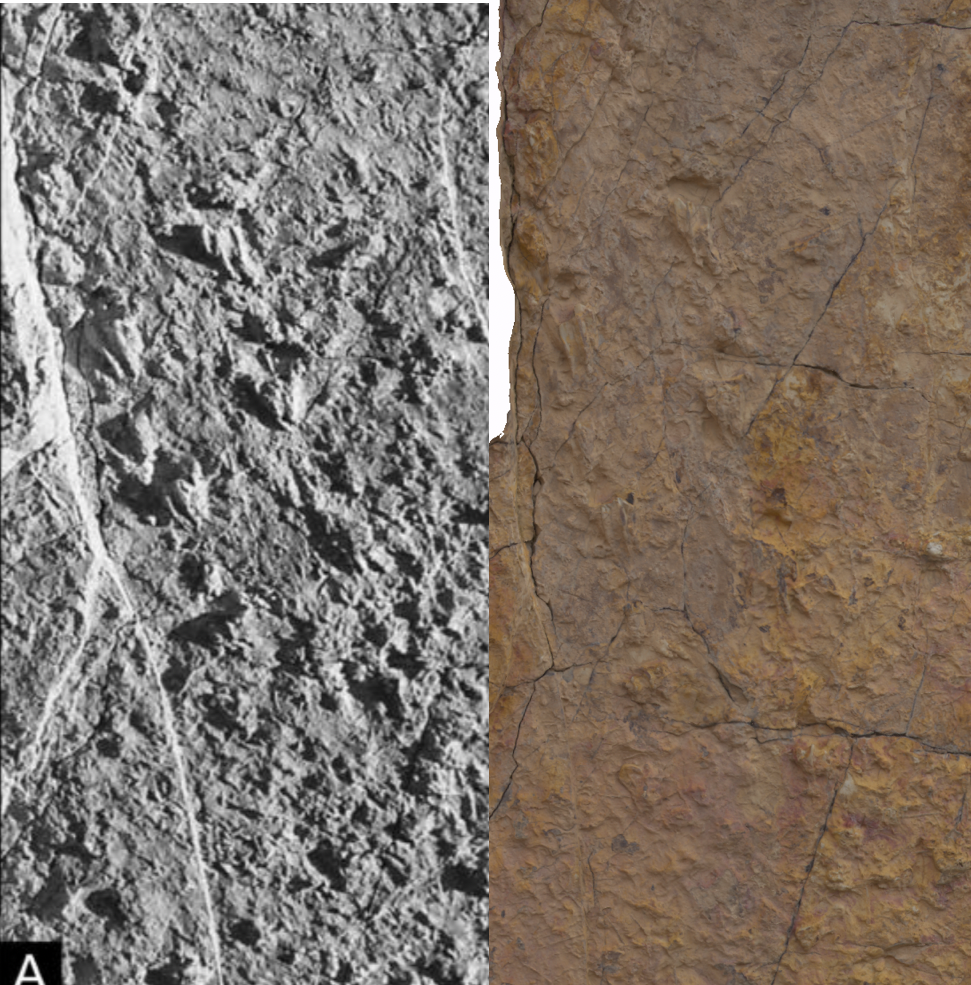 On the right: my photogrammetry project (in color) made in 2021. 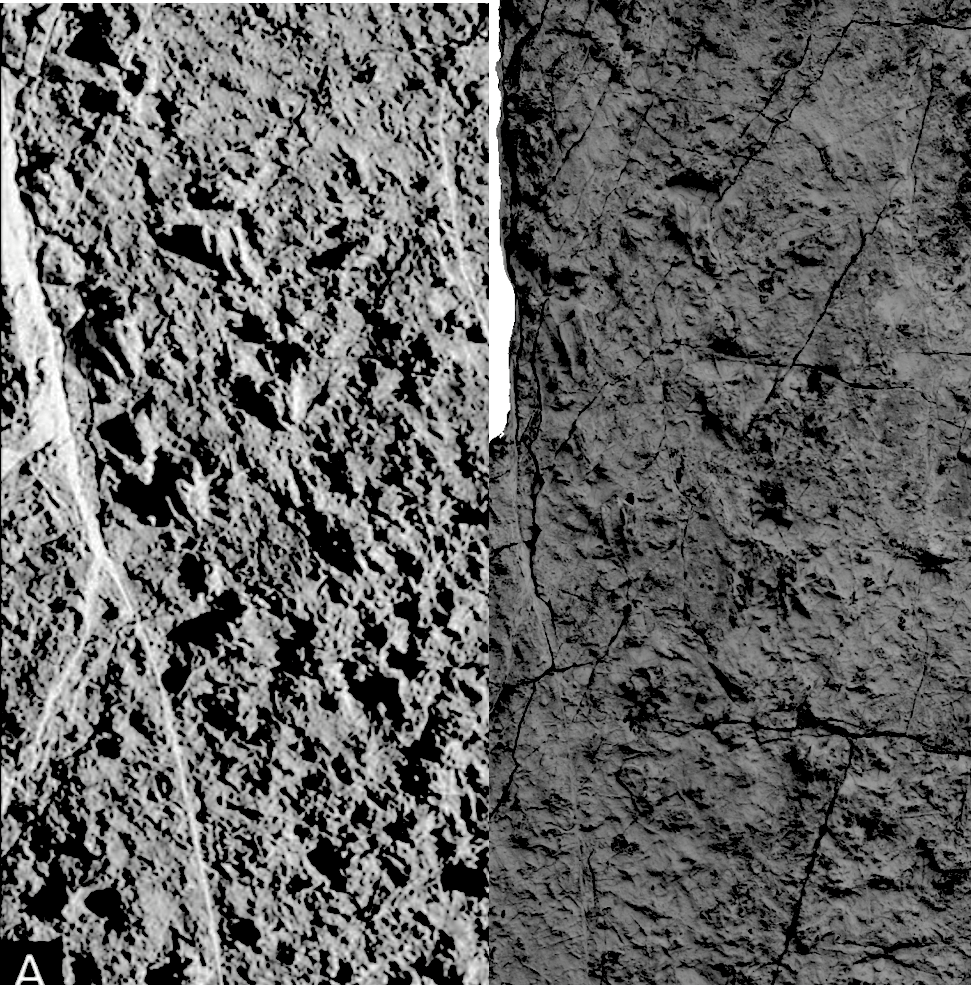 On the right: my photogrammetry project (in Black and White) made in 2021.

This is the first photogrammetry of one of the most complete and well-preserved Cretaceous crocodylian tracksites. The site is located near Golden, Colorado, Lower Cretaceous, Dakota Group (Van Bibber Shale Member of the South Platte Formation).

Symmetrical ripple marks reveal that animals walked near a shoreline or in a very shallow water with a depth less than the length of animals’ legs.

Tracks like the one presented are very rare and uncommon in the fossil record. Source: Houck, Lockley, Caldwell, Clark, 2010

To explore this 3D model, click on the “Play” and use SHIFT + Left Mouse Button for navigation. 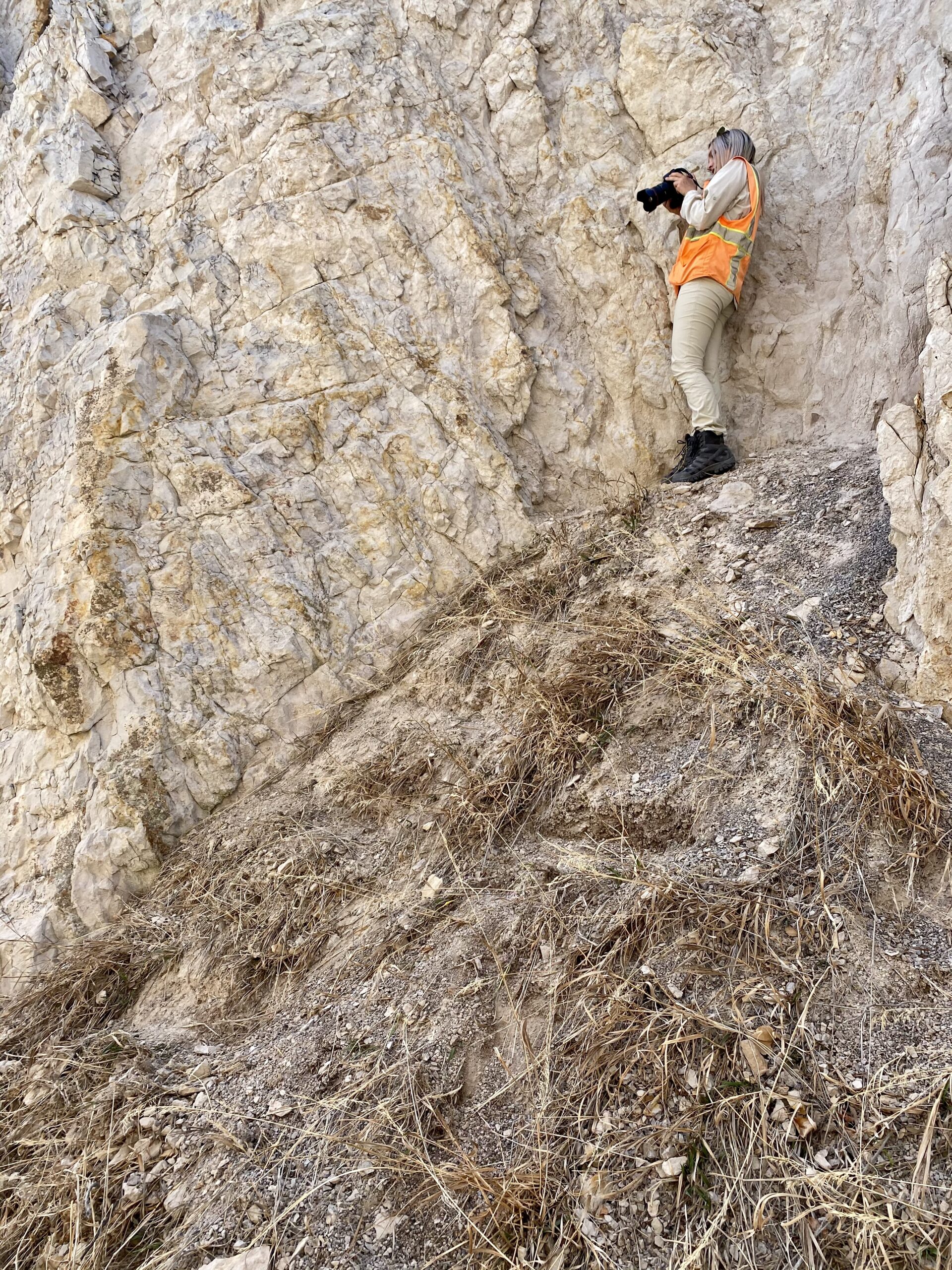 Hardware: For close-range photogrammetry, I take photographs with Canon 5D Mark II and professional 24mm lenses. Manfrotto tripod is also my favorite tool but currently, I’m looking for a monopod for tracksite.

Software: Metashape Pro 1.7 is the best for processing photos and model optimization. Blender and Meshlab are great for postproduction.

Presentation: Personally, for the last part, I prefer to upload the model to the Sketchfab portal. It’s the most popular and large online community for digital models. The cloud solution easily integrates into any photo processing software on the market.

To open the model, click on the “Play” and use your mouse and the “Shift” button for navigation, full screen mode is also available.